Is Dan Henry A Scam?

Can his concepts really help you reach the heights he promises?

You’ve probably seen one of Dan’s ads If you’ve been geeking out about digital marketing for some time now.

Now you’re so compelled with his pitch, and you’ve probably done a bunch of research about him.

So let’s skip his from college dropout to self-made millionaire story and get to the answer upfront.

Is Dan Henry a Scam?

My personal opinion is a NO!

Dan is legit and I’m sure he’s put in a lot of work to get to his position.

He’s helped a bunch of people thrive using his concepts, but there’s just no way we could tell how many among his students have made it.

Here’s an alternate question I recommend you ask yourself…

Do I Need His Courses?

Here, students will learn how to promote or advertise almost everything using Facebook.

Dan made it sound simple how to get clients who are willing to pay up to 2000$ a month while you’re executing the service for less than an hour.

Enticing isn’t it? Well, that’s the buy-in of the sai course.

But here’s what you need to know…

“Not because you have skill doesn’t mean clients will instantly chase you.”

There are a bunch of other agencies out there looking for the same clients you’re after.
Imagine a bunch of marketers pitching the same promise to you.

I don’t know about you, but who has the time to check all of those pitches, especially busy clients who are more likely so occupied with their business.

So the competition is high, and you have to find a way on how you will stand out.
If you want to learn Dan’s FB ads strategy, then hats off. There’s no way Dan’s strategy is a flop.
It works; otherwise, his business might have been long dead now if he doesn’t know how to operate Facebook.

If you follow his story timeline, Dan’s claimed to be in deep-debt with the IRS(250k USD).

And selling courses is what made his life’s direction to spiral upwards.

While the first course’s price is quite feasible (997$ or 597$ on a 2 payments setup), his second flagship course is already enough to get yourself an Asian brand sedan car.

If you go to his website, you’ll not get transparency about its price. Plus, you’ll get a message saying “We only work with experts”, which implies scarcity, and a whopping price tag.

So I contacted Dan, and pretended like a typical Joe.
Here’s a bit of a glimpse of our conversation.
So after a few minutes of getting to know each other, he finally laid the price. And it cost 10,000$.

I told him, “I have just enough money in the bank to survive, which would make me live on the street if I would go ahead with you.”

And he replied with a stupid box question saying: “So, you have troubles creating your offer, but you just don’t want to spend money to get it fixed, I am right?”

Saying yes will make me sound stupid. So I stopped the role playing and just told Dan I wasn’t really ready to break my bank, yet.

Here’s what I realized after having a conversation with Dan.

Dan is a true salesman, but somehow he made a kind of vibe where I felt he care-less about my portrayed character’s wellbeing.

LIke other negative comments online were saying, the purchase is high risk.

Because not every digital product can be as good as Dan’s.

And really, courses that thrive with his concepts is another type of educational product similar to his.

If you have the 5-figure money to invest in his course, then I would actually suggest “do it”. He knows what he is doing and he spends a lot of time with the people who bought his coaching.

If you want to learn everything about digital marketing, none of the courses is recommended for you. Because…

The courses focus only on creating a product and promoting it using just one platform(Facebook).

If you need a diverse method on how to start and cater your products, there are cheaper courses out there.

Take this tap on your back from us for doing the right thing(due diligence) for your hard earned cash.

No doubt. you’ll learn a bunch from Dan, but if you want to vary your options…
… and to make sure you’ll learn from an industry’s expert without pushing you into upsell courses then…

We encourage you to check out what we can bring to the table for you.

Schedule a call with Mike and witness a whole new marketing view you’ve never seen before. 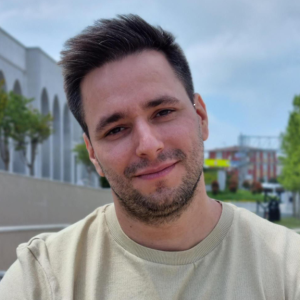 Mike is the Founder of The 7-Figure Mastermind "The Client Accelerator Program" and Founder of The Worlds First Facebook Automation Software "Olympia" To create a perfect stream of income for online businesses in E-Comm, Online Coaches & Consultants & Agency Owners
Facebook
Youtube
Instagram 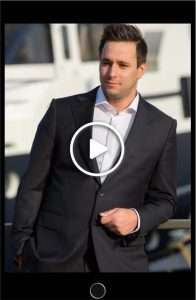 DISCOVER: “My 2 Simple-To-Follow-Steps ”
To Grow Your Business With Direct-Response Marketing.